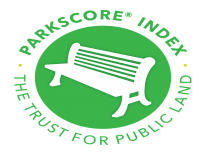 DC is Named the Number One Park System in the U.S. According to the Trust for Public Land

According to The Trust for Public Land’s 8th annual ParkScore index, Washington, DC, has the best city park system in the United States.

As ParkScore champion, the District scored well on all ParkScore rating factors. For example, 98% of DC residents live within a 10-minute walk of a park, and 21% of the city area is reserved for parks. The District’s improvements to park amenities pulled us ahead of the Twin Cities to the top spot in these illustrious rankings. The Trust for Public Land is a nationally renowned nonprofit organization that annually assesses and ranks parks in the 100 largest U.S. cities.

This is a powerful testimony of the dedicated work of our DPR Team. In a larger context, this ranking also demonstrates that DC residents are reaping our parks' social, economic, and health benefits. According to Mayor Bowser, “We’ve invested more than $200 million to ensure all residents have access to playgrounds, nature trails, and other public parks that have made DC’s park system the envy of cities across the nation.”

According to The Trust for Public Land, the 10 highest-ranking park systems in the United States are: